The 2015 Paris Agreement on climate change boosts the European Union’s efforts to decarbonize its building stock. Given that buildings account for 40% of the EU’s final energy consumption, the decarbonization of the building stock through energy renovations is a clear priority of the Commission and the Renovation Wave is a flagship initiative under the EU Green Deal. The new Renovation Wave strategy, published in October 2020, aims to double the rate of building renovation and spur deep renovations over the next decade.

An ambitious Energy Performance of Buildings Directive (EPBD) is crucial to achieve a climate neutral building sector, without which the 2050 carbon neutrality is unattainable. The EPBD has been amended several times in the past, in order to reflect the more and more stringent goals towards a low-energy building stock. The Fit for 55 proposal package, adjusting requirements for the 55% greenhouse gas reduction target, greatly affects the building sector, of which the most directly related element is the EPBD recast.

While it is of key importance, concerning the achievability of climate neutrality, what the final version of the directive will contain after the legislative procedure, the level of implementation and practice of the current EPBD is still a question in some Member States. The success and achievements of the revised EPBD will highly depend on the commitment of the Member States.

In a study made for the European Commission in 2015 on the compliance of EPBD (ICF, 2015, EPBD Compliance Study) it is acknowledged that compliance rates are being significantly affected by the nature of compliance checking and enforcement activities, particularly in relation to the use of penalties and sanctions. The EU’s efforts to impose increasingly strict building energy performance requirements seem to work mostly on regulatory level, and compliance rates across EU Member States greatly differ.

The practical application of the EPBD requirements ‘on the ground’ has not yet been investigated in detail and there is a need for a greater understanding of the mechanisms for regulatory enforcement. By examining the operationalization of the present EPBD in the target MSs through this assessment, the level of enforcement can be evaluated, and the success of the revised EPBD could be projected. 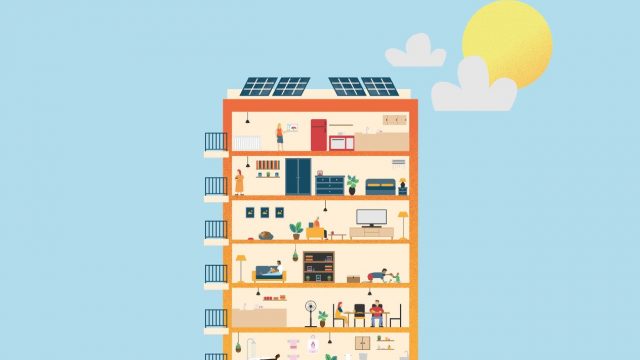