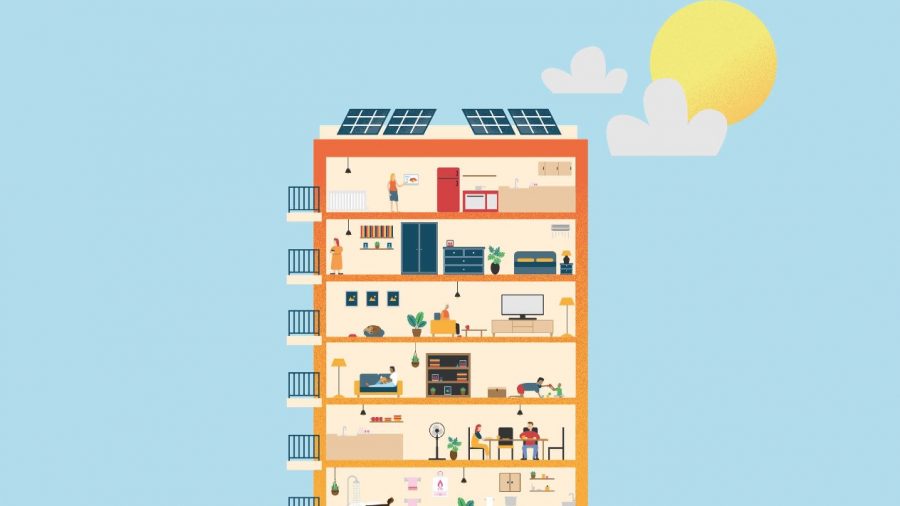 The Institute for European Energy and Climate Policy (IEECP) analysed the impacts of EU decarbonisation policies to energy poor households in 10 Central, Eastern and Southern EU countries, including Hungary.

Energy poverty and climate protection: how to make the most of it?

The number of energy poor citizens in the EU is between 50 and 125 million, and this number is likely to increase due to the prospect of rising energy prices. They are the ones who cannot keep their homes warm enough in winter or cool them to a tolerable level in summer, live with damp, mould or rot in their homes or spend a disproportionate share of their income on energy.

Because of their plight, the EU has made tackling energy poverty an increasingly important priority, and one of the pillars of this is the measures proposed under the European Renovation Wave, which aims to eradicate energy poverty over the next decade through mass renovation of buildings.

By modelling five scenarios, the research investigated how the impact of different combinations of the following three climate policy measures related to decarbonising homes:

will affect energy poor households: will it help those living in low income, poor buildings or will it force them into an even more difficult situation?

Building retrofits not only create a more sustainable, but also a fairer world

The research found that by introducing decarbonisation policies under the EU Green Deal, the EU can move towards fairer societies. Under the renovation wave, deep energy renovation of buildings will provide energy poor households the opportunity to live in more energy efficient homes and have access to cleaner and affordable heating systems.

The modelling shows that a well-designed renovation wave in Europe could cut energy costs for low income households by up to a third. Furthermore, the simultaneous introduction of all three of the above policies would result in the lowest energy costs and highest disposable incomes in 2050 compared to scenarios where only 1-2 measures are introduced. If buildings were to achieve an energy rating of E by 2033 and D by 2040 as a result of renovations, this would reduce the energy bills of low income households by almost 20% on average by 2050 compared to the impact of current policies.

Hungary: there is room for improvement

Although some energy poverty statistics in Hungary have improved in recent years, for example more and more low income households are able to keep their homes warm in winter, the country is still among the worst performers in terms of energy poverty in the region. More than 10% of households in Hungary are behind on energy bills (the EU average is half of that). More than 20% of homes in Hungary has damp, mould or rot. Poor building conditions, low income or heating difficulties leave them unable to change this, even though poor living conditions lead to a low quality of life. Unfortunately, this 20% rate in Hungary is considered to be extremely poor, while in Romania it is 10%, and in the Czech Republic, Poland and Slovakia it is only around 5-7%.

Rising energy prices could further aggravate the situation of energy poor households. Without the introduction of a new, complex package of measures, energy bills for low income households in Hungary are modelled to increase by more than 25% in the coming decades.

This could be exacerbated if only the carbon tax measure is implemented and the revenues are not recycled into home modernisations. In this case, although many people are already unable to keep their homes properly heated in winter, these households would be forced to further reduce their energy use, with serious health and mental health consequences. There is a clear need to create a financial resource and support framework to enable energy retrofitting of low income homes.

If retrofits were implemented in Hungary, renovated, efficient homes could reduce energy bills for currently energy poor households by up to 20-35% compared to pre-renovation levels, and increase households’ disposable income.

It also highlights the other significant positive impacts of energy renovation:

You can read more about the results of the research and other related material on the IEECP website. 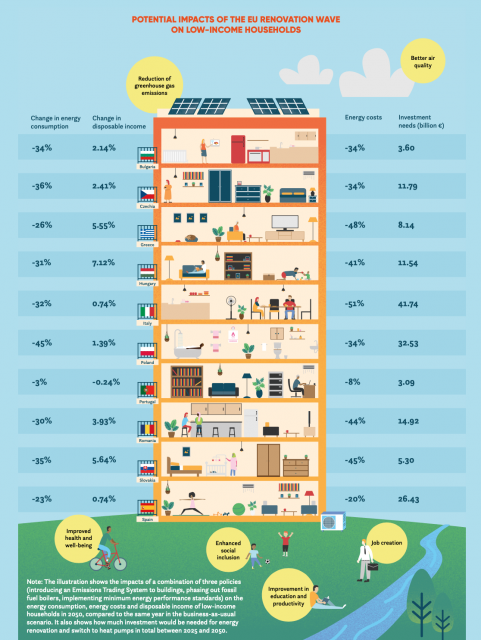 EPBD implementation and enforcement in CEE and SEE countries